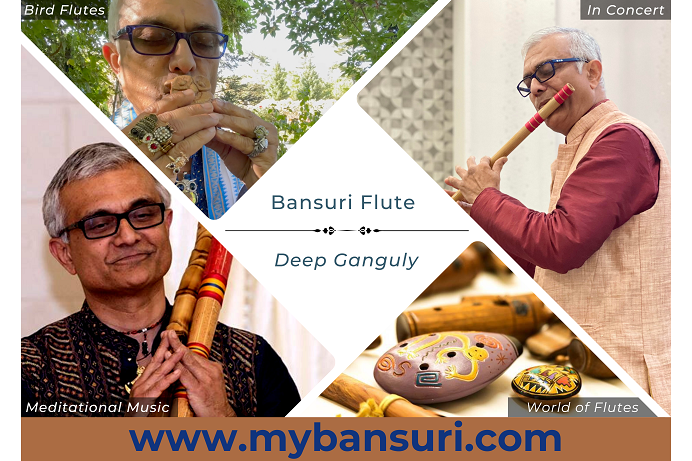 The flute is an absorbing musical instrument. Its construction grips one’s imagination. It is a reedless, high-pitched woodwind instrument that is formed of a thin, generally  tube. In addition, the flute’s age adds more to its fascination. It was discovered decades earlier, becoming one of the ancient musical instruments. Thus, these elements make the flute attractive.

The flute comprises three separate, assemble able parts rather than one continuous piece of metal. The head joint, middle joint, and foot joint are these.

The sound of the flute is produced as the player breathes air into the head joint, also known as the neckpiece (1). The flute player places their lips on a lip plate (2) in the head joint to produce the sound, which the flute keys then translate into the required rhythm. When held appropriately, the little, spherical, cushioned metal covers known as flute keys (3) contribute to creating the beat. These keys are attached to the instrument’s body, which is the middle joint (4). The flute’s foot joint (5) is where music comes out.

The Bamboo Flute OR Bansuri! has a diabolically different character! It is just a shoot of a Bamboo Plant! Each is unique,so each differs in pitch, timbre, and scale making it not only a tough one to master, but a singular most beloved, and magic golden-sounding honey to the ear! The organic sound emanating from the bamboo shoot is magical and captures all hearts!

People possess distinguished perspectives on flute playing. Some find it complicated, while others affirm it is child’s play. Sometimes, these opinions alter over time as well. If one researches about it, he will come to know these different opinions. Additionally, how it is played also assists in verbing conspicuous of the audience; it primarily relies on the player. If one is not skilled, the flute may be slandered as a substandard instrument. People will not like it and never want to listen to it again.

On the contrary, if one listens to an adroit flutist, it will be incorporated into every tune. They will be tempted to listen to the beautiful melody when they desire to relax. Therefore, the flute requires a skilled flutist to make people turn their ears toward it. It has found one: Deep Ganguly. Let’s have a look at him.

Deep Ganguly was born in India.. He is an outstanding Indian Classical Bansuri player. Deep Ganguly has mastered flute playing since his childhood. He began the learning process with his father. Subsequently, he learned from his Guru Pandit Malhar Rao Kulkarni well known as a teacher. This fuelledhis thirst for acquiringfurther explorations and various other flutes of the world through his wide travels,and therefore, he studied flute in other formal settings. These endeavors were the road toward an inspiring and fulfilling musical career!

Furthermore, people relish wherever they and Ganguly and his flute are together. Therefore, He has been called to various thrilling events to perform. For instance, he has done national and international concerts, ceremonies, Healing and Theurepetic Clinics, etc. His comforting melodies become the talk of the town when he plays them. Deep makes the audience swing at his tunes.

There are innumerable flutists; however, merely a few do justice to the flute and the listener’s ears. Deep Ganguly occupies the leading position on that list!