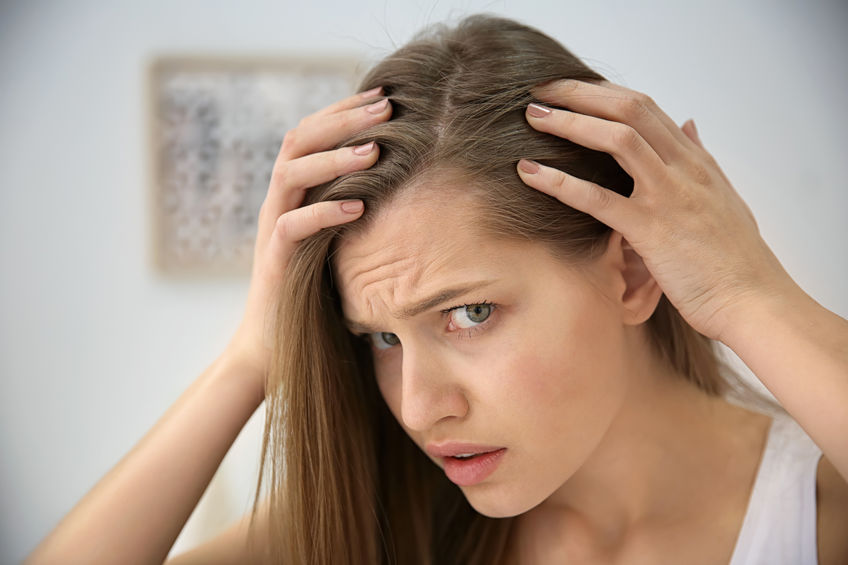 Creatine is one of the extensively studied and scientifically approved nutritional supplements that athletes and athletes use to improve their performance. However, many athletes or athletes who use creatine supplements on daily basis wondering if creatine is linked with hair loss. Let’s take a closer look at the problem together.

What Does Research Say about Creatine and Hair Loss?

There isn’t a lot of research showing that using creatine actually causes hair loss. Much of what is said to be evidence is anecdotal. This means that it comes from people’s personal expressions or experiences.

Let us share with you the results of a scientific study conducted in 2009.

Young Rugby players supplemented with Creatine for 3 weeks and identified a hormone indirectly associated with hair loss. This hormone is called DHT (Dihydrotestosterone). If you are curious about the research, you can read about Creatine by clicking on the scientific research link.

The Relationship between Creatine and Hair Loss

The root of the question of hair loss after creatine use is actually the DHT hormone. So what is this DHT? A 2009 study showed that young athletes had increased levels of a hormone associated with hair loss after 3 weeks of creatine supplementation. This hormone is called dihydrotestosterone (DHT). But wait, don’t panic! Because hair loss was not evaluated in the research, only its effect on hormone levels was observed. In other words, a direct relationship with hair loss was not established in this study.

DHT actually reproduces from testosterone, a hormone we all know, and is more effective than that. When we look at the relationship between DHT and hair loss, there is no thesis that when the DHT hormone rises in the body, hair falls out. Because this situation differs from person to person according to the genetic structure. However, some studies indicate that DHT can bind to certain hormone receptors in hair follicles. As a result of this, since there is less hair growth, it takes time to renew the lost hair and the hair may fall out. This hormonal situation works more actively in people who are genetically predisposed to hair loss. Therefore, people who are genetically prone to hair loss may experience hair loss with the use of creatine. However, perhaps the biggest factor behind hair loss is our genetics. Hair loss is usually related to genetics. Therefore, the statement that the use of creatine directly causes hair loss is incorrect. Only someone who knows that their hair is falling and thinning should be careful, considering that the use of creatine can increase the level of DHT.

I will not go into topics such as what is creatine and what it does because we have talked about this subject a lot before. You can read it by clicking the link. Directly, we will talk about the side effects of creatine supplementation and talk about what you should do.

Much has been said about creatine harming the kidneys, but a scientific study from 2018 shows that creatine supplementation has no adverse effects on the kidneys. However, if you already have a kidney problem, you may want to avoid using creatine. (Click here to go to the research.)

It Should Be Used Carefully During Adolescence

Those considering the use of creatine during adolescence should be careful. Because studies on the safety of creatine supplementation in healthy adolescents are very limited. Click on the link to go to the research on the use of Creatine for teens.

Many types of creatine supplements are available on the market, but the most popular option for athletes and trainers is creatine monohydrate, which is safe to consume in small doses.

Note: creatine supplementation can cause harmful side effects in some people, such as cramping, nausea, fluid retention, and diarrhea.

How does creatine affect the hair loss process?

How does creatine affect the hair loss process?

Studies have shown that taking a creatine supplement can alter the ratio of dihydrotestosterone (DHT) to testosterone.

In one study (12) male rugby players were given a daily supplement of 25 grams of creatine for one week and increased to 5 grams/day for the following weeks.

For 21 days, the participants’ testosterone levels remained the same and no hair loss was reported, but dihydrotestosterone levels increased by 7% after 56 days and remained 14% above normal levels compared to the placebo group after 40 days of creatine supplementation.

This concluded that creatine supplementation did not increase testosterone production in the body, but increased its conversion to dihydrotestosterone.

As we discussed earlier, high DHT levels are known to lead to hair loss in both men and women. Therefore, this study suggested that creatine supplementation may cause hair loss by increasing dihydrotestosterone concentrations in the body.

Based on the researches, it is difficult to come to a definite conclusion that creatine causes hair loss. After all, DHT increases not only with creatine, but also when we eat fat, lift weights, and do sports. Therefore, it is wrong to say that there will definitely be hair loss due to the increase in DHT. More research is needed to understand whether the increase in the hormone DHT due to creatine, in general, promotes hair loss. If you still have hair loss as we mentioned above, you may prefer not to use creatine. We also remind you that you should consult your doctor before using creatine, as in any supplement, even if your hair is thick. Stay healthy and do sports!