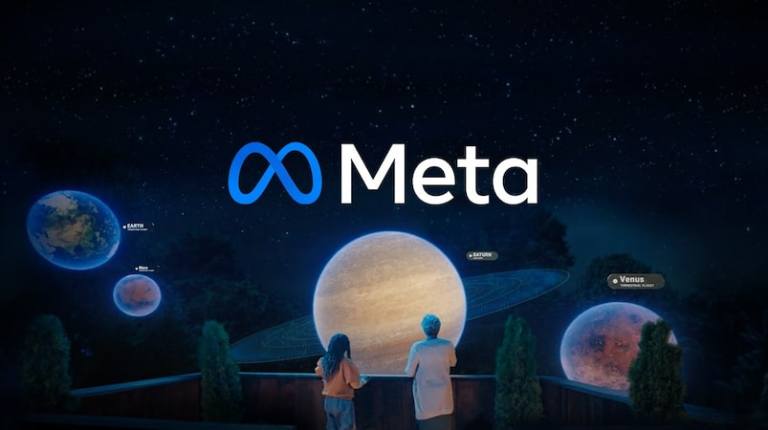 The term “metaverse” is one of the most talked about topics in today’s technology world. It has gained so much popularity that the popular internet platform Facebook has rebranded its organization based on this futuristic idea.

Facebook recently changed their company name from Facebook to Meta Platforms. In short, from now on, Facebook’s corporate name will be Meta. The term metavers was first used by Neil Stephenson in his 1992 novel Snow Crush.

However, many are skeptical that Facebook will accept people’s personal information at a higher rate in this way? Problems like untrue information can also become more serious due to metavars. There are many questions in the minds of the people about Metaverse. Let’s find out the answers to 5 important questions.

Metaverse can be called the three-dimensional (3D) version of the Internet world. Zuckerberg describes it as a “virtual environment” where you can not only view the screen, but also access it yourself.

Simply put, using virtual reality headsets, augmented reality glasses, smartphone apps, and other devices to meet, work, or play games in the interconnected virtual community will be possible through Metaverse. As well as other elements of online life, such as shopping, social media, etc. will be added to the metaverse.

“This is going to be the next revolution in connectivity, where all the elements come together to create a separate universe, like the real universe, so that virtual life can be lived like real life,” said technology expert Victoria Patrick.

Going to a virtual concert, traveling to different places online or reading or buying digital clothes, Metavers is going to bring a radical change. Metavers can also add new dimensions to the work-from-home system caused by the Corona epidemic. Instead of watching colleagues on the video grid, it will be possible to see virtually face-to-face through Metaverse.

Metavers can be accessed using the necessary equipment. You can enter the virtual world created by different companies through Avatar. “Things like teleporting from one place to another are going to be very easy,” Zuckerberg said.

VR or Virtual Reality Headset, which can later be accessed in Metaverse.
However, technology companies have yet to discover a way for one company to interact with the virtual world of another company. Combining multiple metavers together will make it possible to establish a connected metaverse, which will become a separate world as well as the real world.

Zuckerberg thinks the metavers are going to be part of the next generation of the Internet that will play a huge role in the digital economy. Mark Zuckerberg said that he wants to establish Facebook as a metavers company, not a social media company, in the near future.

Of course, there is nothing to fear, because the way you are currently using Facebook in mobile apps and browsers, this system will continue in the future. Zuckerberg introduced Metaverse to his own identity outside of Facebook, in order to create a separate platform for the virtual world without complicating the original Facebook. Maybe you can take advantage of Metaverse with your Facebook ID. But if you want, you can use the main features of Facebook by avoiding metavers.

Mark Zuckerberg, CEO of Facebook or Meta, himself admits that they are not the only company creating Metaverse. Meanwhile, Microsoft and chipmaker Nvidia are working to create their own virtual world.

Metaverse needs to be a free technology that allows multiple organizations to teleport to multiple worlds. It’s a lot like moving from one website to another.

Metaverse meeting
Besides, video game companies are also working on this multiverse technology. Popular video game maker Fortnite, Epic Games has already raised ১ 1 billion through their long-term metavers plan. The game platform Robolex reports on their far-reaching thoughts on Metavers. According to them, Metavers will be a place where “people can come together and experience 3D learning, working, playing, etc.

Consumer brands are also participating in this trend. In June, Italian fashion house Gucci and Robolox teamed up to sell digital accessories in-game. Also the beverage company Coca-Cola and the beauty company Clinic sell their digital tokens which point towards multiverse.

Considering the past data leaks, any digital platform can be called into question regarding the protection of personal information. Similarly, in the case of this new metavers of Facebook, it is not impossible to have security doubts.

Technology platforms like Facebook will work to ensure the freedom of online culture through Metavers, the company said. However, many are worried about whether the ownership of personal information, such as their accounts, photos, posts, playlists, etc., will go to Facebook.

Steve Zheng, managing partner at Kindard Ventures, said: “Just as it is easy to get from one place to another on the Internet, it is important to ensure that you can navigate freely on the Internet without being tracked or monitored.” Facebook may use personal information in their metavers only for advertising purposes.

Speaking about their income, Zuckerberg said a few days ago, “Advertising is going to be an important addition to Metavers, just as social media is part of our strategy.

However, when it comes to personal information and its misuse in the virtual world, there is a need to be very careful with metavars. It is not possible to ensure the security of the metavers system without ensuring the solution of these risks.

Social media has taken the world by storm. No matter who they are or what they do, they are invariably there on social networking sites. Thanks to smartphones, users these days are online 24×7. No wonder it had become a powerful marketing platform for businesses. Your business will grow more attention, trust, and credibility when you buy Facebook likes.