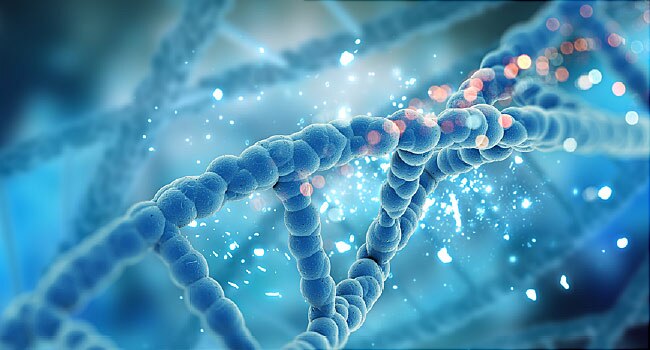 Since the start of the pandemic, everyone has been wondering why the same virus causes such different reactions. While many people do not even know they are infected, others end up in the ICU, and thousands are dying. Some risk factors are clear: advanced age and suffering from other diseases mean that we buy more ballots to suffer a more serious version of Covid-19, but being young and healthy does not guarantee that we will get rid of it either.

Geneticists have thought that their specialty has a lot to contribute, that the different faces of the disease could be related to genetic variability between some individuals and others, as it is in other diseases. Could it be the same with the new coronavirus? To find out, experts have created The Covid-19 Host Genetics Initiative, an international platform to push forward studies on coronavirus patients and share the results. Knowing whether genes make a patient more vulnerable can be key in prognosis and treatment, and would end up saving many lives.

Of these, there will be 7,000 Spaniards and another 1,000 from the United Kingdom, Mexico, Brazil, Argentina, Uruguay, and Colombia that will serve to identify whether the possible genetic markers found are characteristic of Spain or not. In principle, they will not study the complete genome of each individual but certain markers (what is technically called the ‘complete genome association study’ or GWAS). Later, they will sequence 300 complete genomes to analyze in detail the alterations found.

“When we talk about genes, one thinks of rare diseases or cancer, but all human pathologies are the result of the environment and of the person, and also in viral infections, genetics has a lot to say,” explains Pablo Lapunzina in statements to Teknautas. An individual’s genetic information “can make their response to an infection different and even prevent them from becoming infected.” The case of HIV is well known, especially since in November 2018 a Chinese scientist announced that he had genetically modified human embryos to make them resistant, which is why he was later convicted.

With respect to Covid-19, “we are facing a viral infection that should be banal because of every 100 people, close to 80% are asymptomatic, nor do they find out that they were sick, 10 or 15% feel greasy and only one 5% have a severe illness, so it is clear that the individual response is quite different, “says Pablo Lapunzina.

“Without a doubt, the genetic variants have to do with increased risks or protection against the disease, ” he says, although the answer will probably be very complex, the key will not be in a single gene. Many small differences may explain why some people who come in contact with the virus develop serious illness, while most have flu-like symptoms or not even that. “It is also quite likely that there will be people who will not directly become infected even if they are in contact with the virus because it cannot enter the cells, but this will be more difficult to prove,” he says.

As he explains, there is already some data that indicates that the European population could have a greater predisposition to be attacked by the virus, in particular, “variants in the ACE receptors of cells with respect to Asian populations.” The data says that mortality in China was very low compared to that recorded in Europe and, “apart from the fact that epidemiological policies to control the disease have been different, these receptors are likely to be decisive,” he says.

However, it will take hundreds of thousands of patients to confirm that these subtle genetic differences protect or make people more vulnerable. The international consortium aims to reach 150,000. The problem is to make a balanced and correct selection of the participants. “We need to have people who have been infected and have been asymptomatic, and this must be verified with antibody tests; also to others who have been regular, with fever and few more signs of illness, and others who, in the same situation, have been serious or have died, apparently without risk factors, “he explains.

The healthy young man who ends up in the ICU

All the projects included in The Covid-19 Host Genetics Initiative will provide minimal information that is useful for data sharing, but each one has its own particular characteristics. For example, another Spaniard focuses on patients under the age of 60 without other diseases. Led by the CSIC’s Barcelona Institute for Biomedical Research (IIBB), it will focus on 200 patients waiting to obtain more funding.

“We are interested in all patients, but obviously age and previous pathologies are more vulnerable even to the normal flu, so when doing a genetic study, they could lead us to confusion,” says Anna Planas, coordinator of this study. “In the normal population, there are polymorphisms or genetic variations that normally do not entail any pathology, but in the face of a viral infection, there may be people with a poorer response capacity and we can better identify this factor if we focus the study on people initially healthy ”, he highlights.

Already in the first coronavirus epidemic, the SARS epidemic of 2002-2003, some studies pointed out that having certain polymorphisms could increase the susceptibility to severe forms of the disease. However, they were performed with very few patients and almost primitive genetic tools compared to current means. “This encouraged us to think that with the advances of today, we could further explore this issue,” says the researcher.

In Granada, Marta Alarcón Riquelme, a scientist at the Center for Genomics and Oncology Research (Genyo), also wondered why young and middle-aged people developed bilateral pneumonia that characterizes the worst version of Covid-19 and, in particular, by that in the worst cases an inflammation occurs that complicates the condition of the patients.

The challenge of explaining decisive inflammation

In fact, physicians agree to observe a common characteristic among Covid-19 cases that have evolved poorly. Generally, in a first phase, patients have symptoms that could be assimilated to those of the flu, but after a few days, something goes wrong and the immune system overreacts, causing what is called a ‘cytokine storm’, proteins that they should fight the infection but in this case, they cause an inflammation of the organs, especially the lungs.

“We want to know if there is any type of predisposition that is not clinically evident, inflammatory processes that we can detect in DNA by looking for gene expression markers through what is called methylation, and identify possible genetic associations that tell us about a susceptibility to develop more severe disease, “says Marta Alarcón. For example, “I can have a gene with a variant that causes more cytokines to be produced, so the response is going to be greater.” Therefore, it is not about having or not having a gene, but about quantitative changes.

The key is to compare, among hospitalized patients, those who have a worse evolution with those who better overcome the disease. For this, the Genyo is already recruiting patients and the initial idea is to carry out the study with 1,300 participants, in collaboration with other geneticists from Valladolid, Barcelona, ​​Malaga, and Milan.

Although within the international consortium ” 90% of the groups still do not have data “, because they are looking for patients who can participate, Alarcón regrets the bureaucratic obstacles that have prevented him from speeding up the process. “Unfortunately, I have a limit of 15,000 euros to buy material. From this figure, I have to open a public offer that may take a while and I cannot start at this time because we are with the administrative deadlines closed. ” Meanwhile, “in the United States, they are already ahead.”

The application of the results

With more or less Spanish input, experts are confident that the international consortium as a whole will provide decisive data to fight the new coronavirus and that the results can be applied on several fronts. For example, “if a person becomes ill, with a genetic study we would know in 24 hours if their risk is high or low, and based on that we could decide on their income, their follow-up or even analyze the risk that their relatives run”, Lapunzina comments.

On the other hand, genetic information can also be decisive in treatment. First, in the search for new compounds or drugs that are already on the market and can be reused. On the other, to guide the medication of each patient. In fact, something similar happened until recently with hepatitis C – before new treatments became available – patients’ genetic markers were studied to find out who would respond to available treatments. It was a simple study that cost 16 euros and anticipated the effect of the drugs.

“Today, a patient is admitted and ‘a priori’ it is not possible to know if after four days he will go home or have to be admitted to the ICU, there is nothing that can predict this, ” says Anna Planas. However, after these studies, “in an ideal situation, we would find a key gene and know that people who had some variants of it would be more likely to develop a more serious disease.” The reality will be more complicated, but the CSIC researcher believes that “a test could be carried out on the general population with a drop of blood”, knowing that “if a person has a certain polymorphism, he is part of the population that must be to protect”.

The researcher believes that this could also be revolutionary in relation to epidemiological policies. “At the moment, we are talking theoretically, but if we had the entire population studied, we would know what percentage is at risk,” he says. In this sense, it would be possible to develop an epidemiological strategy that would not go through “blind” confinement like the current one, since “we do not know which are the biomarkers that cause us to pass the infection asymptomatically and which are the ones that cause us to be at serious risk ”, but it could be done much more selectively.

However, not everything will be in the genes. For example, among the population differences, there is the fact that men accumulate many more serious cases and deaths. The researchers do not rule out that massive genetic analyzes give any answer, but they believe that it most likely has nothing to do with it. “There are many variables, men tend to be more overweight, hypertensive, and have diabetes. And surely there is a hormonal factor, it seems that women’s estrogens protect a little more. If you remove all those factors, it is likely that the genetic difference between men and women will not make much difference, “Lapunzina points out.