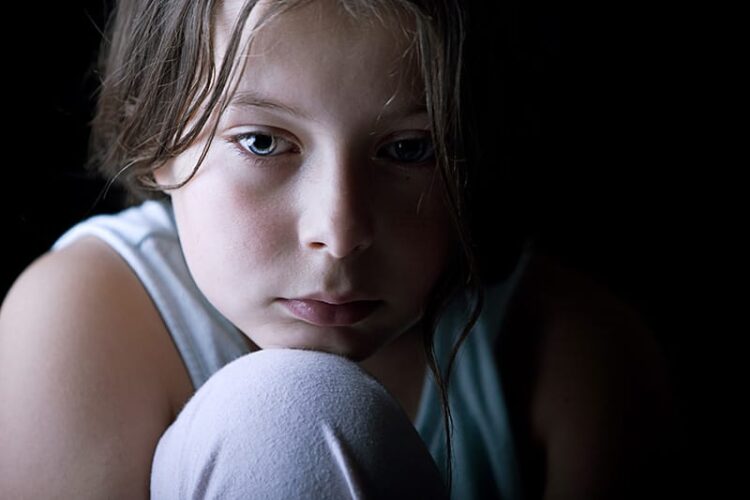 Often, people who deal with substance abuse are regarded as mentally ill. A teenager who has been using drugs for quite some time will usually have anxiety, panic attacks, depression, behavioral issues, and learning difficulties. If you look closer into their personal lives, they might also have family problems or live in a harmful environment. Hence, such people should contact an expert as soon as possible because an expert uses various treatments. One of the most effective is meditation in recovery , which will help you overcome your addiction.

Drug use and mental health conditions can be associated with each other since one is likely to follow the other. Teens might think that drugs will cure their emotional and behavioral issues due to their “high” and relaxing effects. However, these substances only last a few hours or a day. When drugs are used, the brain and physical health is severely affected.

This is why a reliable teen drug rehab facility treats someone’s substance abuse issues while addressing their mental health disorder at the same time.

The Relation between Substance Use and Mental Problems

It has been scientifically proven that around half of the people who deal with substance abuse also suffer from mental disorders. Substance use is commonly seen in anxiety disorders, panic disorders, depression, bipolar disorders, and post-traumatic stress disorders. Fortunately, all of these issues are treatable nowadays. Being able to recognize the signs that something might be going on with your teen is essential, so let us see how to identify them:

Although it is common, especially during this pandemic, to feel anxious due to life uncertainties, whether in school or work, drug users are entirely overwhelmed by anxiety, which prevents them from being productive for long periods. This condition is called generalized anxiety disorder. Its symptoms are constant worrying, overthinking everything, extreme pessimism, seeing daily situations as threatening, indecisiveness, feeling restless, and having difficulty focusing.

Physical symptoms are fatigue, trembling, muscle aches, over-sweating, trouble sleeping, irritability, diarrhea, nausea, and irritable bowel syndrome. These may lead to poor performance at school, work, or even at home. The response should be to verify this condition by an expert promptly.

Panic attacks are common for people who had traumatic experiences in the past or, simply, consumed drugs. A panic attack is composed of random thoughts of fear that result in extreme physical reactions. Due to the severity of these reactions, you might think that the patient has had a heart attack or worse. The patients need immediate assistance during their panic attacks. Most people have a panic attack once or twice in their whole life, but people with mental health disorders suffer from them constantly. If you or an adolescent you know needs teen mental health treatment in Los Angeles, do the necessary research to get them help.

Despite its scary physical effects, there are effective medications to treat this problem. Signs are a sense of imminent danger even when there is none, uncontrollable fear of loss and death, sweating, chills, trembling, hot flashes, pounding heart rate, headache, nausea, dizziness, feeling of detachment, numbness, abdominal cramping, and shortness of breath. Those with panic disorder are often scared of when their next attack will happen, so seeking treatment is a must.

Depression leads a considerable part of the teenage population into using drugs. Nowadays, given that people might still be in lockdown, the cases of depression are on the rise. It is a mood disorder that makes the patient constantly feel sad and empty. It is mentally and physically draining and ruins productivity.

Depression is not a phase, and no one can escape from it by simply cheering up. It requires a series of treatment procedures, aiming for a long-time result. The symptoms that a patient may manifest daily are feelings of emptiness, complete loss of interest in everything, loss of appetite, irritability, frustration, restlessness, tiredness, insomnia or oversleeping, anxiety, agitation, feelings of worthlessness and guilt, concentration issues, suicidal thoughts — or worse, suicide — and other physical problems like back pains and headaches. Depression creates very noticeable symptoms, especially in people who used to be more active and lively.

This type of mental illness was formerly known as a manic disorder. It is a condition where a patient has extreme mood swings. This includes emotional highs and lows. Depressed people can also have bipolar disorder since the two are closely related. The good news is that this disorder can be controlled with counseling and treatments.

Also known as PTSD, this mental health condition results from a very frightening event that left a trauma on the patient. Common symptoms are flashbacks, fear, and severe anxiety. This mental health disease may appear months or years after the event. These intrusive memories constantly come back to their mind, giving them feelings of unease and anxiousness. They can be seen having nightmares and sudden panic attacks.

As you can see, mental health issues are closely related to each other. Many of their symptoms, such as anxiety, are familiar to every problem. Proper diagnosis by consulting a doctor is a good step towards recovery.

Please note that this list of mental disorders is not exhaustive. These are the five most common mental health issues among adolescents that are highly associated with substance abuse. Now you know how to recognize whether your teen potentially has a mental health problem or not.

However, it is always safer to talk to a doctor. Never conclude that your child has a mental problem without getting the advice of a health professional. The next part will address the chances of mentally ill individuals becoming substance abusers once they reach adolescence.

Increased Risk of Substance Abuse Due to Mental Disorders

According to the US National Institutes of Health, children who have mental disorders have more chances of becoming addicted to drugs and alcohol. They emphasize that prompt and effective medication during their youth will significantly reduce this risk.

Almost one-third of children who turn 18 are casual drinkers and illegal drugs users. This is why early interventions for behavioral and psychological disorders are now used to prevent drug misuse.

The Substance Use and Abuse Problems in Teens

The household environment is a significant factor in this problem. Parents and peers who smoke, as well as poor self-confidence, poor problem-solving skills, and easy access to substances, are only a few of the many reasons why teens turn to drugs for courage and escapism. An alarming survey result from the NIH showed that 22.3% of high school students have easy access to marijuana. More than 40% of high school students have confessed that they have tried marijuana once or twice in their whole life.

As explained by the experts, substance use negatively affects a teen’s brain development. It leads to promiscuity, accidents, fights, and in the worst-case scenario, overdoses. The teenage phase is one of the hardest in life, as it is a stage full of hardships both in school and at home. This is when family problems, relationship failures, and cases of underachievement tend to occur.

If you reside in Los Angeles and believe that your child might be dealing with addiction or mental issues, find an expert to speak with at a teen treatment program.

Sugar Balance Reviews- A Simple Solution for a Diabetes-free Life