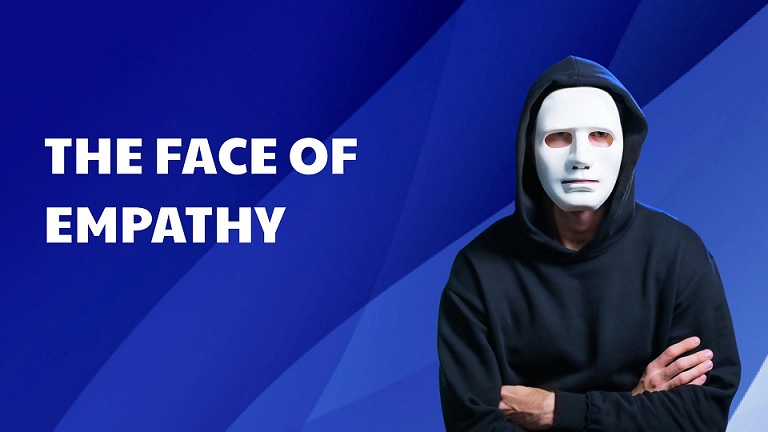 As technology advanced, so do spyware, which is undetected by many yet nonetheless exists in the online world. For those who are unaware, spyware is a bad activity that is loaded on a computer in the form of a virus and then used to track the machine. This is highly risky since computers and mobile phones hold incredibly sensitive information such as bank account pins, passwords, and other information that, if seen by a hacker or someone with malicious intent, may create havoc.

Something similar happened in the past, which was discovered by OmriOpari and brought to the attention of large corporations such as Apple. Face of Empathy is a hidden code that he recognized and immediately realized something was wrong. Read the article thoroughly to acquire a better understanding of his efforts.

Face of Empathy is essentially a hidden code in the shape of an art form that surfaced on Apple devices in response to Pegasus Spyware, a spyware manufactured by an Israeli governmental body NSO. Initially, Face of Empathy creator OmriOpari saw this malware placed in his machine in the shape of an own just beneath the Yahoo logo on Safari. He couldn’t believe what he was seeing at first until he remembered a dollar bill and noticed a little owl hidden away in the upper right corner.When he realized this, he proceeded to the Apple Store and then Best Buy, where he discovered that each device had the same owl. He then investigated Reddit to see whether anybody else had noticed it, but to his amazement, no one had, and he was the first to do so. Omri was proud of himself at this time since he had 20/15 eyesight and incredible attention to detail.

OmriOpari ultimately decided to notify Apple executives of his discoveries a few years later so that it might be made public. On September 13, 2021, he received a Google Alert Alerts about Apple and the NSO Group, the developers of the Pegasus Spyware, which infected over one billion Apple devices. After hearing the news again, he recognized that a similar image was present on the devices of his friends and family, and he determined that around 1 billion devices were infected with this virus. By this point, the spyware and owl picture were vanished from the internet, and Omri realized he had no screenshots.He, fortunately, had his old iPhone 8, which had not yet been updated, and he brought it out to take a snapshot of the Yahoo bookmark. Later, others assumed the hidden owl on the $1 note was actually a spider, which is where the name “spyware” came from.

Inception Of His Invention

Despite affecting such a large number of individuals, few people are aware of this infection since it received little attention. Omri improved the owl image by recovering it from the screenshot and editing it in Photoshop, where he cropped it and duplicated it three times. This improved the backdrop by darkening the front colors and essentially represented what Omri observed at first. Omri had planned to name his invention “Spy Owl” after realizing that the Greek goddess of knowledge, Athena, was sometimes represented with an owl, but he eventually opted for “The Face of Empathy.”

Agata Dominika is on a mission to promote mental health awareness