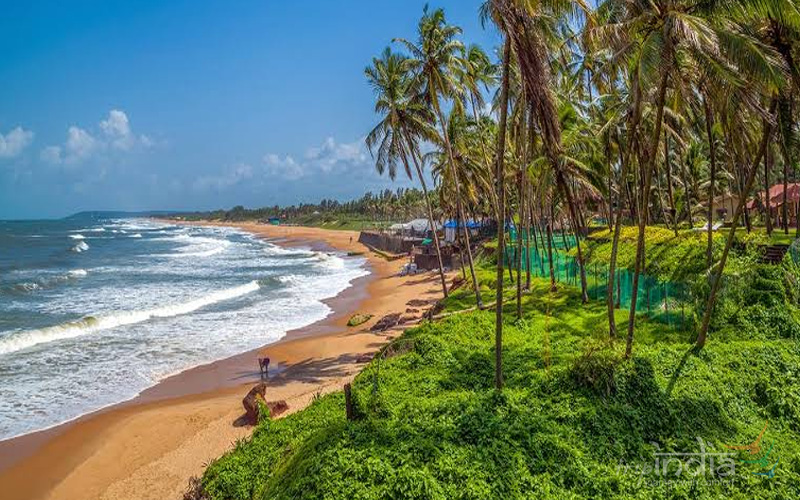 You can take a Golden Triangle Tour that includes Goa to enjoy the fascinating, thrilling, and adventurous beaches of Goa as well as the historical sites in Delhi, Agra, and Jaipur. Learn about the Golden Triangle’s cities’ architecture, Mughal era, and past kingdoms. Experience the mesmerising Taj Mahal sunset, the colourful markets and historical sites of Delhi, the elephant safari at Amer Fort in Jaipur, and Goa’s beach life. Here how to plan golden triangle India tour packages with Goa for 9 days.

How to Plan Golden Triangle with Goa?

Our staff will meet you at the Delhi airport when you arrive and take you to the hotel that you had previously reserved. The rest of the day is free. Delhi overnight stay

Visit the Red Fort, one of the magnificent masterpieces of Mughal art built by Shah Jahan using red sand stone, India Gate, a memorial to warriors who fought for the nation, and Jama Masjid, one of the largest mosques in India built with red sand stones and marbles alternately. Visit the Lotus Temple, which was created to resemble flower petals, and the Qutub Minar, which was constructed in Delhi after the last Hindu King was overthrown and displays Indo-Islamic architecture. Dinner is to be had upon your return to the hotel.

After breakfast, the tour will travel to Agra, a city known for its Mughal landmarks. When you arrive, check into the hotel and unwind for a while. After that, go to Agra Fort, which is situated next to the Yamuna River and features several palaces, including Jahangir’s Palace and Khaas Mahal, as well as the location where Shah Jahan was imprisoned by his son Aurangzeb. The Tomb of Itimad-ud-Daulah, popularly called as Jewel Draft because of its walls covered in semi-precious stones, is the next place you should see. It gives breathtaking views of the surrounding lush green meadow. Next, take a leisurely stroll through Mehtab Bagh. Dinner is to be had upon your return to the hotel.

Enjoy the breathtaking sunrise views at Tajmahal, which Shah Jahan erected on the banks of the River Yamuna for his loving bride. You will be transported to Jaipur, widely known as the Pink City, after eating breakfast. En-route To honour the Sufi Saint Salim Chisti, Mughal Emperor Akbar erected and created Fatehpur Sikri. Visit the Buland Darwaza, which Akbar constructed to mark his triumph over Gujarat, the Diwan-e-Khas private audience hall, the Diwan-I-Aam public audience hall, and the Jodha Bai Palace, also known as the Mariam-uz-Zamani Palace, which displays a fusion of Rajput and Islamic architectural styles. Visit the Tomb of Sheikh Salim Chisti next. It is built of white marble that has been intricately carved, symbolising the merger of Mughal and Hindu architecture, and it is completely covered in these “jaalis” on all sides. As you head toward Jaipur, keep driving. We’ll spend the night in Jaipur.

A substantial breakfast will be served before the full-day adventure to Jaipur sightseeing tour package starts. Visit Amer Fort, which is on a hilltop and has a view of Maota Lake. It has a number of attractions, including the Sukh Mahal and the Sila Devi Temple. The next destination will be the Hawa Mahal, known for its Jharokha, which was constructed for royal ladies, and the City Palace, which is located in the city’s centre and includes Chandra Mahal and Mubarak Mahal. While Mubarak Mahal has been transformed into a museum and currently exhibits various items including clothes, crowns, and armoury used by prior Kings, Chandra Mahal gives breathtaking views of the city. Go to Jantar Mantar, one of India’s biggest observatories. Later, wander the streets and try your hand at some retail therapy. Dinner is to be had upon your return to the hotel.

You will be transported by plane to Goa, the land of beaches, following a revitalizing breakfast. Check into the hotel upon arrival; the remainder of the day is yours to enjoy. Stay the night in Goa.

And Here Your Normal Golden triangle India tour package ended, now you can move ahead for Goa.

Staert your golden triangle tour with Goa by visiting the Bom Jesus Basilica, where St. Francis Xavier’s remains are kept, the Church of St. Francis of Assisi, and the Aguada Fort after breakfast. These structures were all built by the Portuguese for their import and export trade. After a fantastic journey, get back to the hotel and enjoy your lunch.

After breakfast, visit Baga Beach, Anjuna Beach, and Calangute Beach and partake in a number of exciting water sports. Observe the sunset, and then head back to the hotel for dinner.

After breakfast, you’ll be driven to the airport for your subsequent departure.

How Does AV Hire Help to Enhance the Charms of Your Event?

Importance of Garbage Chutes in Apartments