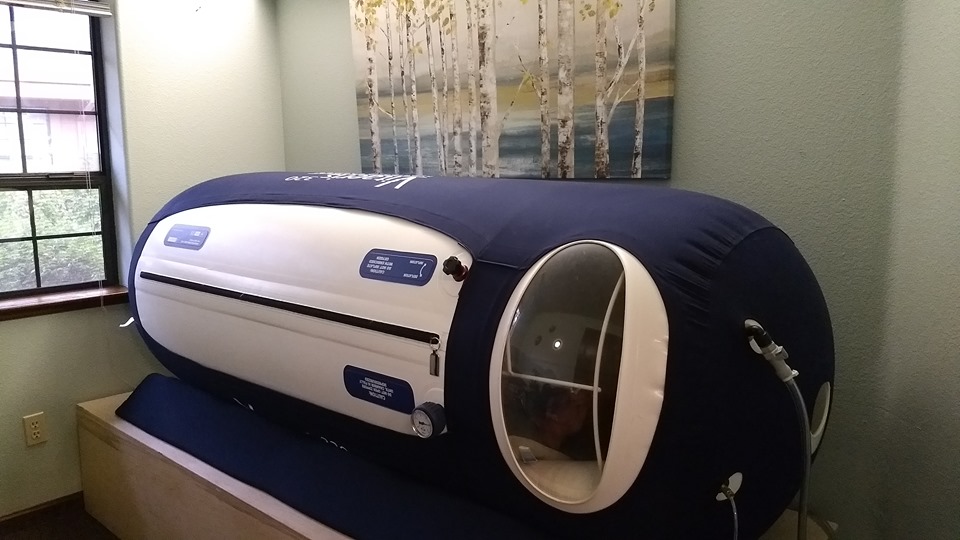 Due to the hectic travel and rigorous training schedules, athletes put a lot of strain and stress on their bodies. For this reason, athletes usually have access to transforming therapeutic treatments such as hyperbaric oxygen therapy. Athletes who are under intense training schedule for the Olympics or NBA usually have access to this non-invasive oxygen therapy. It helps in accelerating wound healing and tissue regeneration.

This article will discuss hyperbaric therapy benefits and 5 sports players who were able to gain assistance from this therapy.

Hyperbaric oxygen therapy is a treatment that delivers 100% oxygen to the human body at high pressure for accelerated self-healing. Since oxygen has the power to enhance cell functioning, HBOT therapy has become a treatment option for multiple complex medical procedures. For example, when the body has damaged tissues.

During the HBOT therapy, the patient in the hyperbaric chamber inhales 100% oxygen at increased pressure. When the pressure increases, the oxygen can be carried through body fluids such as cerebrospinal fluids, lymph nodes, plasma, etc.

Under normal circumstances, our body carries oxygen only through RBC or red blood cells of the body. When oxygen dissolves in other fluids, more oxygen is delivered to the damaged tissues. Due to which, proper healing function is carried out in the body of athletes.

From competition to conditioning, everything stresses the athlete’s body. Hence, recovery is an integral part of an athlete’s routine. For instance, mountain climbers need to rest to allow the recovery of the body.

However, improving performance through enhanced recovery is not as easy as it sounds. The passive time can also mean decreased performance. This is why athletes want active recovery through therapies like HBOT.

Hyperbaric therapy benefits in recovery are:

Sports injuries, whether minor or major, are inevitable for almost every athlete. Regardless of the sports, an individual is playing, when joints are strained and stressed, you are likely to suffer injury.

The traditional method for these injuries is resting. It is evident that this method of healing can also decrease performance and reduce the efficiency of the athlete.

When this injury is supported by regular hyperbaric oxygen therapy sessions, it is possible to enhance healing in the body. In a study, injured athletes were given HBOT therapy at 2.4 ATA for 60-90 minutes. This helped injured tissues to absorb more oxygen for increased healing.

5 Sports Personalities Who Use HBOT Therapy

Although the list of sports personalities who use or have used hyperbaric therapy benefits is increasing, here are some of the former players who utilized HBOT therapy.

LeBron James was an amazing basketball player, who was often referred to as ‘King James’ by many. LeBron is a successful sportsperson, who maintained his health through proper training and recovery.

This sportsperson is known to spend a significant amount of his income on his health, which includes proper diet, HBOT therapy, and personal training.

From every sports personality using HBOT therapy, Joe Namath is most commonly known. When he was suffering a cognitive decline, he chose hyperbaric treatment. He had 5 or fewer concussions after which he worked with a team of doctors to heal his head’s left side that was not getting proper blood supply; proper oxygen supply.

After 120 HBOT sessions, his left brain was healthy and healed.

Today, Michael Phelps is a known athlete who has surpassed the preceding record-breaker with 10 extra medals. This is because, in 2012, he found a way to boost his recovery. He used to spend regular time in the HBOT chamber to improve his training recovery, which helped him get back to training sooner.

Rashad Jennings, now a formal player of NFL, had incorporated HBOT therapy as a regular routine for recovery. When he used to play, he had secured 12 touchdowns with Giants. He believes that HBOT therapy helped him on a cognitive level as well. It improved his energy and helped him rejuvenate.

Rafael Soriano is an MLB pitcher who has worked with 5 teams. This was possible because he was able to improve his recovery through hyperbaric therapy. To feel energetic even after rigorous training, he used to take 90 minutes of HBOT sessions.

Hyperbaric therapy benefits are unparalleled in the sports world. Multiple sports personalities receive this therapy regularly, almost daily, to reduce the recovery phase and increase performance. Many athletes are even able to reduce recovery from an injury with HBOT therapy. This is why hyperbaric therapy is now becoming a common procedure for sportsmen.

The advantages of purchasing medications online