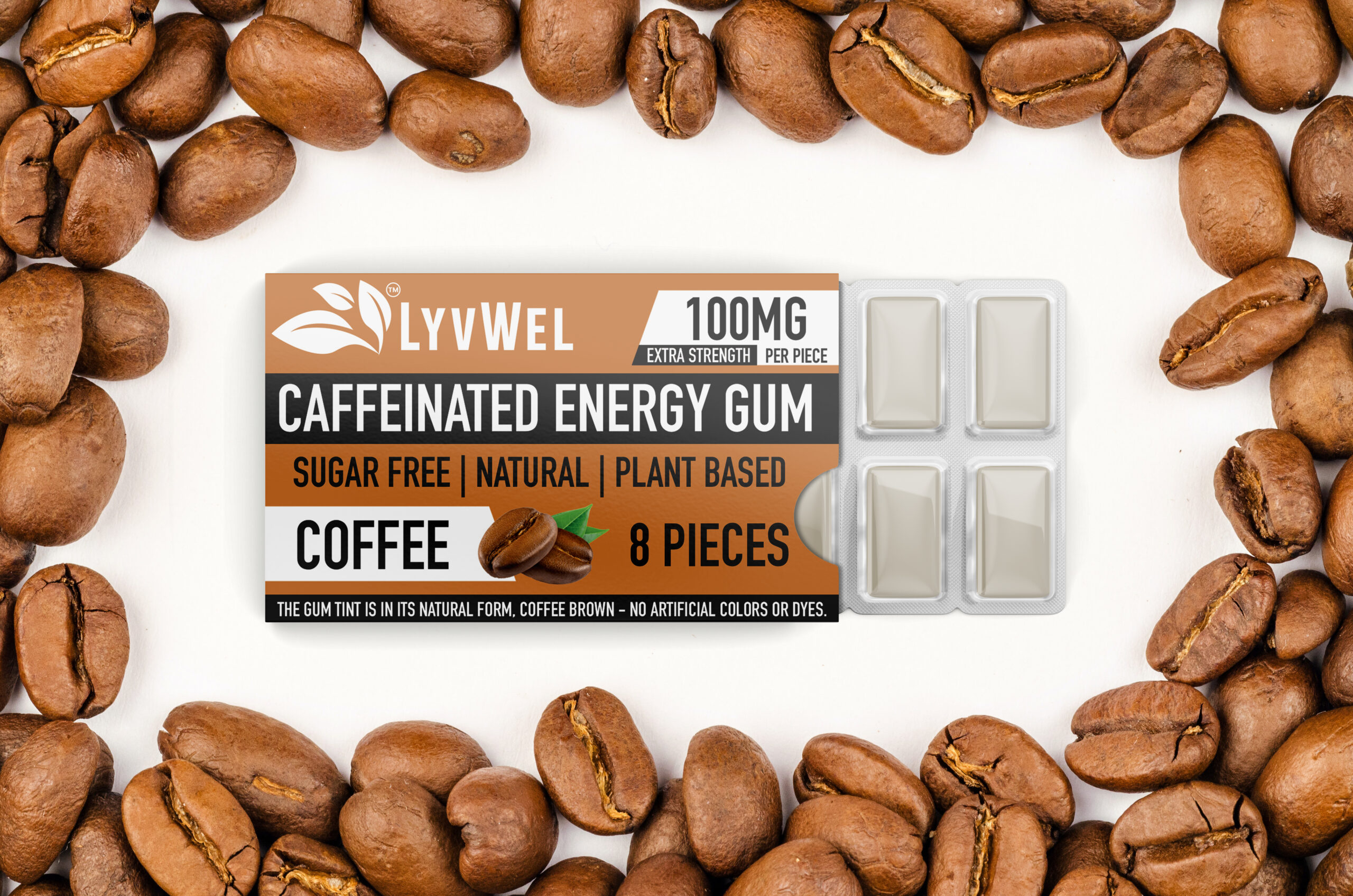 What comes first to mind when you wake up in the morning? If you’re one of the 66% of Americans, you’ll probably answer coffee.

In fact, the average American drinks at least three cups of coffee every day with more than 3.3 billion pounds of coffee consumed in the country every year.

Unfortunately, long-term consumption of coffee can be detrimental to both your pocket and your health. But if you can’t function every day without your dose of caffeine, you’d be glad to know that there’s a cheaper and much healthier alternative to your daily cup of coffee—a caffeinated energy gum. But is it better than coffee?

When you chew caffeinated energy gum, you’ll feel the kick of caffeine within just a couple of minutes as opposed to drinking coffee that can take up to 60 minutes.

While drinking coffee can be satisfying, it also puts a lot of unnecessary calories on your body or to be exact, 80 calories in every 100 mg cup of coffee that you drink.

A caffeinated energy gum, on the other hand, only contains less than 5 calories, which means that if you switch 2 cups of coffee a day to 2 pieces of gums, you’re cutting down at least 490 calories per week and 25, 480 calories per year.

You save a lot of money with energy gum.

In the United States, the average cost of a cup of Starbucks coffee is $2.75. So, if you drink two cups of coffee a day, you’ll be spending roughly $5.50 daily, which eventually piles up to a lot of money spent on caffeine. But if you switch to a caffeinated energy gum, you’re only going to spend $5 per pack of 8 pieces of gums that’s equivalent to 8 cups of coffee. In most cases, the average day drinker can save up to $1,500 a year by chewing gum rather than drinking coffee.

Finally, caffeinated energy gum is a lot healthier when compared with a typical cup of coffee. Since this product is plant-based, all-natural, and sugar-free, you can guarantee that you won’t experience any dangerous long-term side effects.

It is also a healthier alternative for coffee drinkers who have pre-existing medical conditions like diabetes and heart disease because it doesn’t contain any additive sugars and some are even free of any gluten.

So, if you’re looking to change up your lifestyle without necessarily parting ways with caffeine, you should explore the benefits of caffeinated energy gum over your cup of coffee.

Related Topics:Energy Gum
Up Next

What Are The Side Effects Of Consuming Weed Gummies?