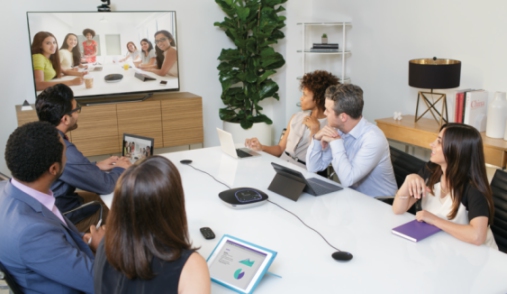 Conveying values, services, or emotions among a wide audience is a common goal in practically all companies. Is video a good strategy to achieve this? Yes, it is.

Video is increasingly a perfect tool to show and explain clearly and briefly. Its visual character and its ability to say a lot in a short time are key characteristics to impress a wide audience. The possibilities of interaction and re-diffusion that its publication in social networks offers are another fundamental aspect to justify its value as a form of corporate communication compared to other conventional options.

According to the latest Social report for Spain (January 2019), 43 million Spaniards, 93% of the population, already have internet access. Of these, 93% consume online video, and 52% watch streaming content on television. In addition, the social networks preferred by the Spanish are YouTube (89%), WhatsApp (87%), Facebook (82%), Instagram (54%), and Twitter (49%). In all of the audiovisual content is in continuous use, in the case of YouTube it is also its reason to be, and in the evolution of the others, its adaptations to create and play video stand out. And, as Cisco Systems, a leading network, and telecommunications company, points out, it is estimated that in 2020, 80% of the content generated on the internet will be videos.

This is also explained by the fact that audiovisual content achieves greater engagement, achieving greater involvement on the part of the recipients. The video is more attractive and adaptable to the digital ecosystem, in the video, the testimonies acquire more value, generate empathy, and transmit emotions. This is not only known on YouTube, Vimeo, or Snapchat, they have also been updated on Facebook, Instagram, and Twitter.

Fundacion, a platform created to value the function of corporate communication in Spanish and Portuguese, produces the Dircom Communication Yearbook. In its 22 edition, this publication highlights visual communication as one of the five trends that will shape the future of communication. This report affirms that 33% of the population watches more than 30 minutes of online videos daily or that the number of subscribers to internet channels to watch series, movies or TV has increased by 90% compared to 2016.

But if a company’s budget is not enough for television campaigns, it has its best ally on social networks to promote its content and achieve impact. Facebook joined the video marketing trend with its automatic play function when a video appears in the users’ feed, and offers more possibilities than other networks when we are in front of a computer. But on mobile devices, other leading networks, such as Twitter or Instagram, have also evolved in a special way to offer more and better video options, both played and streaming.

The formats where the text reduces its weight for the benefit of the audiovisual format advance, the success of the stories is another example of this. More than 400 million users share audiovisual content daily through this channel. Some features of the videos that make the most impact on networks are their ability to capture attention from the beginning, the inclusion of subtitles or complementary graphic elements, their brevity, or the image quality possible already from devices accessible to almost any pocket.

Other aspects to consider to achieve successful business videos are the natural integration of videos in vertical and square format in the visual diet of social network users, increasing the possibilities of direct and indirect marketing in the textual fields that can be added together to the video, or the possibility of emitting videos without sound, since in networks like Instagram they require the action of activation of the audio, or because these videos are usually consumed in uncomfortable conditions to reproduce audio (yes, we know that you do it in your work).

Why go to professionals for my business videos

In any case, videos are a powerful business communication tool that, depending on their content and broadcast conditions, can be more or less elaborate. A video for an Instagram story made by a worker who has little knowledge of audiovisual discourse can work perfectly if what he shows is something relevant, shocking, original, or current. But we won’t always have that exclusive or fresh content. A corporate video should always be made by professionals who control the process from planning and scripting to recording, editing, and broadcasting.

Although the cheapening of new technologies allows us to carry great audiovisual tools in our pockets, it is not convenient to confuse the technical possibilities of a device with a professional quality result. Nor should we forget that we all like to be told stories, to be explained to us with images and sounds. With story-telling it goes better.

For all this, and because it also improves the SEO positioning of our brand in web search engines, it is worth investing in professional videos. It is very cheap. Apart from the cost of production, which can range from a few hundred euros to unsuspected limits, it is a relevant and unavoidable investment. It is a necessity derived from consumption and leisure habits, and it is an essential way of being among our audiences. Communicating on video can no longer be an option for companies. The video satisfies our desire to be informed and entertained, and this is a circumstance that companies cannot ignore.

We are increasingly addicted to the image and we are increasingly surrounded by screens. The video is now and will be even more in the future. For future posts, we will talk about the combined possibilities of big data, geolocation, the internet of things, and the screens that come.