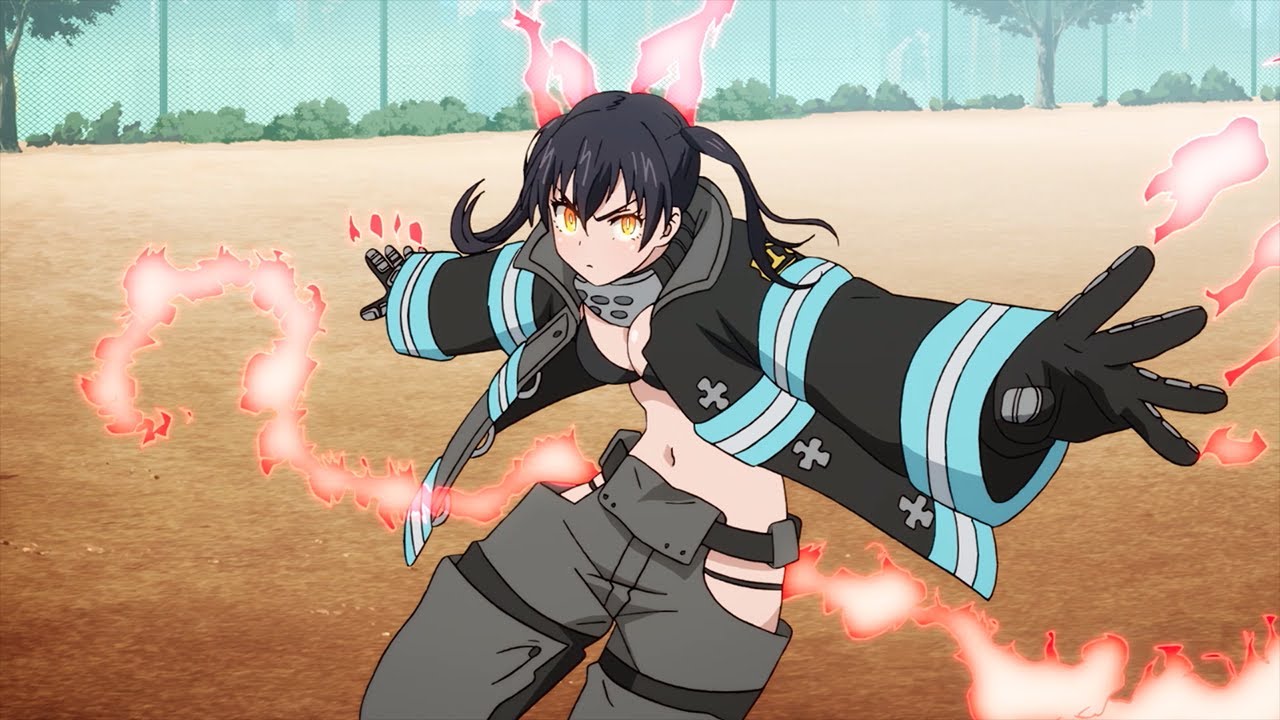 One of the most fascinating elements of Fire Force is the close link it establishes between its fire fighting forces and the Church.

The Infernal is viewed as people in agony that need to be guided towards salvation. Prayers are offered while purging this Infernal, and the term ‘Látom’ is used. Let’s delve into what it is!

‘Látom’ is a term used to close any prayer – equivalent to Amen used by Christians. The term has also been found in the Hungarian vocabulary to mean ‘I see’ or ‘I understand,’ but fans theorize that it implies ‘I see your light.’

One of the most eye-grabbing details of Fire Force was the underlying religious – notably Christian – connotations it had.

The fire fighting forces are not only special for fighting monsters called Infernal, but also because they helped people attain salvation through prayers.

Infernal are people who were unable to adapt to the Adolla Burst and spontaneously combust into these creatures.

They’re just people in eternal agony. Quite hell-ish and very similar to the idea of Eternal Pain of Punishment within the Evangelical Church.

Therefore, Fire Force associates with the Holy Sol Temple in its work for this very reason. Fire Force helps ‘takedown’ these Infernals without killing them.

Finally, the Sister assigned to the team will offer her prayers that will release them from their agony and guide them towards salvation.

Infernals are not antagonized and are viewed through the lens of victimhood.

But how does Látom play into this? The very prayers used by the Sister in the anime are similar to the prayers used in funerals found in the real-world Anglican text “the Book of Common Prayer.”

The prayer used for funerals includes “earth to earth, ashes to ashes, dust to dust,” which signifies that people will return to the ground out of which God had made them.

In the anime, “earth to earth” is omitted, yet “ashes to ashes, dust to dust” is kept in the prayer, which was relevant to its theme – where their religion centers on sun, light, and fire.

Látom ends the prayer similar to Amen in the real world. It has a similar cadence to Amen, which serves its technical function.

Látom means ‘I see’ in Hungarian, which fans believe means ‘I see your light’ in the anime. Light is viewed as the purifier that will lead this Infernal to salvation.

The prayer to release Infernals from their agony is as follows:

The flame is the soul’s breath

The black smoke is the soul’s release

Ashes thou wert and art

May thy soul return to the great flame of fire

Interestingly, Látom isn’t just used in prayer for the dead. Látom is also used to end news or broadcasts at times, so it’s probably used to complete any general prayer.

4. What is the Holy Sol Temple?

The Holy Sol Temple is the dominant religion within the Tokyo Empire. In this religion, Sisters, Priests, Monks, and their followers worship the Sun God.

The Holy Sol Temple is closely tied to Raffles III – the Empire’s Sovereign. This is because Raffles I founded the Temple and religion to the Spontaneous Combustion phenomenon, the Holy Sol Temple became one of the three organizations that formed the Special Fire Brigade.

Therefore, members of the Church actively help the Special Fire Force in offering prayers to the souls of the Infernal – guiding them towards salvation.

Fire Force is a Japanese shonen manga series written and illustrated by Atsushi Okubo. It began serialization in Kodansha’s Weekly Shounen Magazine on September 23, 2015. Currently, it has collected chapters in 21 tankobon volumes.

The anime follows Shinra Kusakabe, nicknamed the ‘Devil’s Footprints,’ who is haunted by his past – a tragic fire that killed his mother and brother.

Shinra joins Company 8 of the Fire Force in hopes of unlocking its mystery and, in turn, gets involved in deconstructing the grand conspiracy of his world. A world where people spontaneously combust into creatures called Infernal, and there exist pyrokinetic heroes that help combat them.