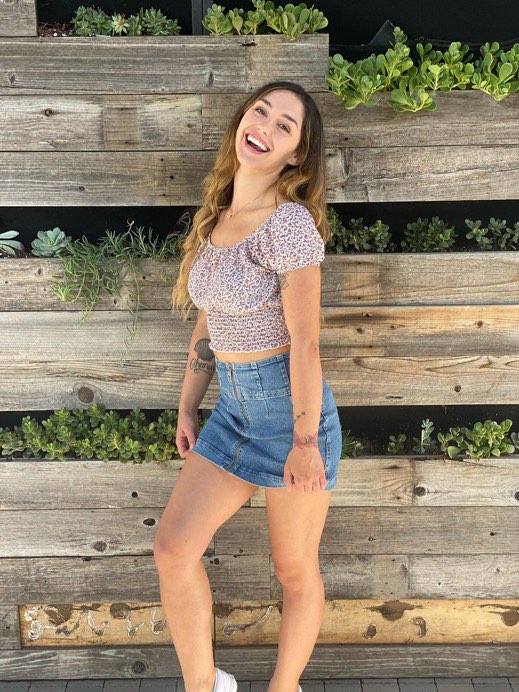 Riley Summers is a young and free-spirited Instagram influencer who has made quite a name for herself. At just 21 years old, she is only beginning down her path of success. This once-shy girl has now become a model who bares it all for the camera. How did she set manage to reach two million followers in the span of just nine months? It involved a simple mind hack.

Her road to extraordinary success doing something she loves that leaves her feeling fulfilled began shortly after graduating from high school. Back then, she had the exceptional opportunity to work for a holistic advisor who imparted some life-changing advice for her.

Riley used to be the “shy girl” and was very much reserved, even though she knew she had an adventurous spirit. While working for that holistic advisor, she learned how to shift the way she saw herself. She discovered that she wasn’t simply shy because she was unwilling to express herself. Instead, she was afraid of what people might think of her if she did. This is something that lots of people struggle with.

All too often, we allow what we think others are thinking about us to control our lives. Thanks to that first boss she had, she was able to quickly liberate herself from those limiting beliefs. That is when it all popped off for her. She quickly grew her fanbase due to baring it all for the camera, and then some. She regularly uploaded photos and videos to her Instagram page.

Riley has gone from zero to two million Instagram followers on her current page in the span of just nine short months. That goes to show you that if she can achieve that level of success, you can as well. The main thing that may be stopping you from achieving it is your own limiting beliefs.

You can head over to Riley’s Instagram page to get a healthy dose of inspiration when you see her boldness and confidence. Who knows, you may achieve the same level of success as Riley has, no matter how you choose to express yourself to the world.

Riley’s main message to her fans is to be yourself. Not only that, but you should also be yourself so radically that the very act of doing so seems almost revolutionary. Riley is someone who loves seeing what the positive effects of what she is doing on others are. She receives messages all of the time from others who have expressed their thanks and gratitude to her for helping them become more self-confident.

If you are currently feeling like you’re in a shell that you find is hard to break out of, consider following in Riley’s footsteps by making a mental shift in how you see yourself. It may be the best decision of your life!

7 Reasons to Use Lentils For Skin Care