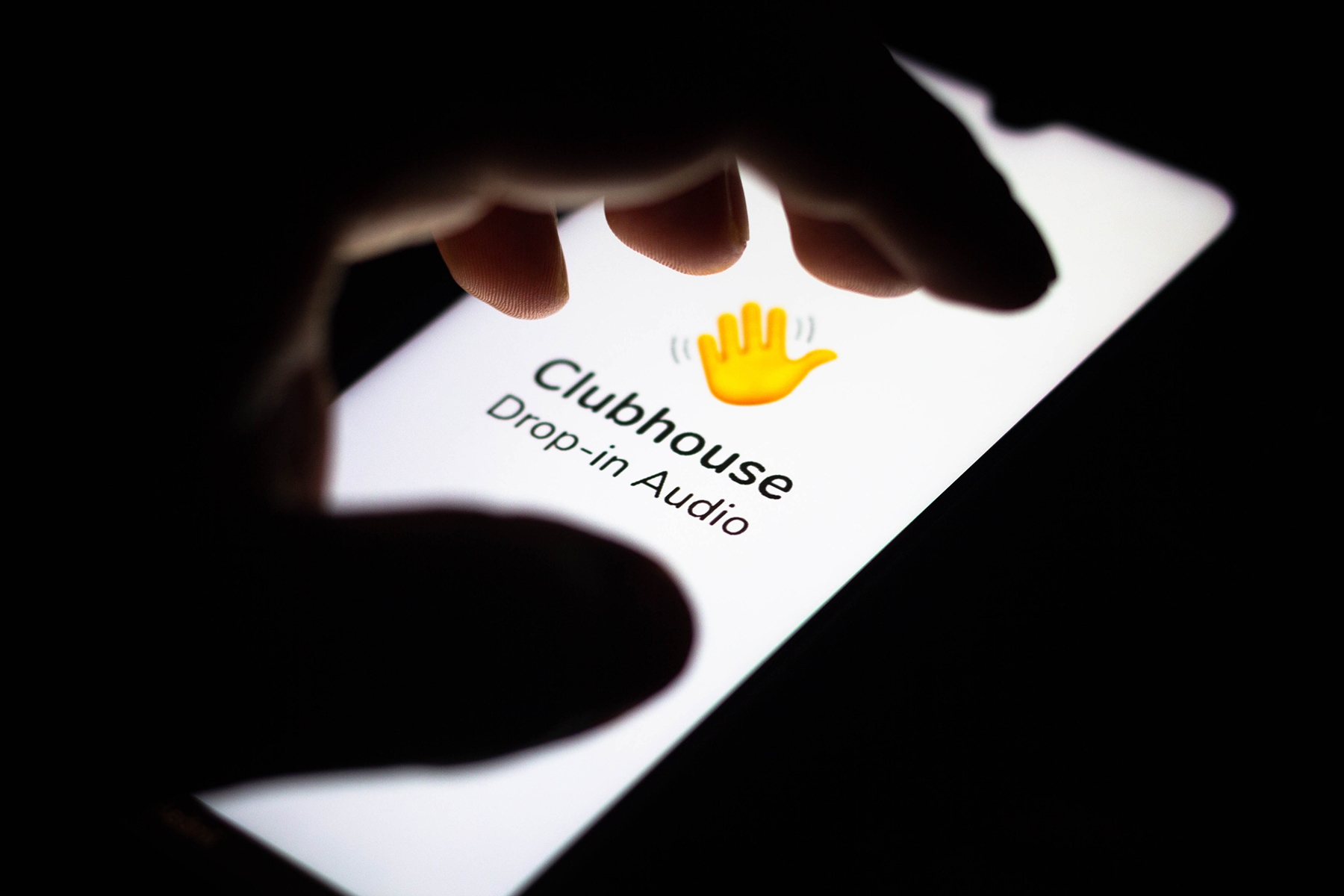 The Clubhouse app has become the number 1 topic on social media in the last few weeks. Users are looking for an opportunity to get into a closed social network, where they could talk to Elon Musk or Mark Zuckerberg, and already registered participants talk about an unusual communication format for them. What is the secret of Clubhouse’s popularity and what distinguishes it from the competition – we will explain this in this article.

What is Clubhouse and how is it different from the competition?

In just a few weeks, Clubhouse became the most downloaded app on the App Store. The social network was launched less than a year ago – in spring 2020. It was created by Stanford University alumni Paul Davison and Roen Seth. At the moment, the platform is not available to everyone, you can only get there thanks to friends who have already accessed the application.

It is a new social network where users can only communicate by voice. It is not possible to publish photos or videos, save Stories, publish news or create posts. You can only add a profile picture and a short biography about yourself to your profile. Each user can create rooms for conversations on specific topics. These rooms can be private (by invitation only), for a specific community, or public. Each room has live and voice-only conversations. You can join as a listener or take part in the discussion if allowed by the room moderator.

Why has Clubhouse become so popular?

As of February 10, the app has been downloaded more than five million times worldwide. Although Clubhouse only began to gain popularity in Europe in early 2021, the app has already taken the top spot for the number of downloads in the App Store, even surpassing TikTok.

Some experts believe that the popularity of this social network can be attributed to the impressive list of world celebrities who have already registered with Clubhouse. Among them are Elon Musk, Mark Zuckerberg, Kanye West, Oprah Winfrey, Jared Leto, and others.

So how do you get there?

For now, Clubhouse remains a closed social network, although the founders promise to open it up to everyone in the near future. Now you can get there in two ways: receive an invitation from an already registered user or apply for registration and wait for someone who is already registered in your contacts list to approve your application. Additionally, each registered user receives no more than three friend requests.

Clubhouse asks its users to abide by certain rules and regulations. For example, all users must use their real name in the app and must be 18 years or older. However, it is not yet possible to fully control that these rules are followed.

Intimidation, discrimination, insults, and the dissemination of false information are prohibited at Clubhouse. You also cannot record calls that are made in the rooms. The moderation on the platform is done by the users themselves: each member can report behavior that violates the platform’s regulations, after which Clubhouse will investigate and make the appropriate decision.

In mid-February, American experts from the Stanford Internet Observatory (SIO) discovered that the developers used the technologies of the Chinese company Agora to create the Clubhouse. User and room data were transferred to the Chinese organization unencrypted, which theoretically allows them to be eavesdropped on in real-time. Clubhouse founders announce that they plan to add additional encryption in the future to minimize risk to users.

How to organize an Instagram contest? A quick guide

How to Create Powerful Social Media Marketing for Musicians by Sound Gems Records.

You need to understand the philosophy of social media platforms and learn how to post your content there. The following tips and tricks will let you choose the right content and strategy for the right audience. This way, you will increase your fan base even on the international level to earn more money and be more famous with every passing minute. Read along and start your journey to stardom.

Go for the right audience

You are paying to enhance your reach on the social media platform, and if you don’t choose the right age audience and category, you are wasting your valuable resource. Your music might not be for people of all ages. Choosing the right age category will help you increase the number of your fans with the right content.

Always start from the local settings. Always use hashtags and geotags that let the people in the vicinity know about your music. Sharing your feelings with the city and area will always make the people attached to your music.

Don’t try your luck in all the different genres and get wasted in the eyes of music lovers. The best approach is to stick to a single category, make an impact in the industry and create your name in the specific genre. The best use of social media will also make you focus your campaign on a single category to get maximum results.

Your music is not the only thing you sell and share with people. Your unique and bold identity is also an integral part of your presence that attracts people to your music. You need to make your virtual presence as impactful as you can on social media platforms. Try hiring professionals and increasing your charisma online to get stunning results with an ever-increasing fan base.

Using each platform the right way

Social media platforms require you to post your content according to the game plan to increase your fans. Once you have decided the type, kind, and category of your content, you can increase the impact of your presence from your local area to national and even international level to be more popular and earn more even from these social media platforms. The way of using the most famous platforms is as follows:

The most impact creating social media platform Instagram is a game-changer for celebrities and musicians. The artists who want to create a new buzz and enhance their reach get great benefits from this platform by posting their content with the following methods.

The news feed and event-oriented platform Facebook allows you to post your content with the notification to every person who has liked your page. The notification will help them come to your page and increase your traffic and impact on social media. You can choose the following:

If you are willing to interact with the fans using words, Twitter is just the thing. You can also show visual content here, but the real game is the tweets or words you post online to share information with the fans.

You can post your music on YouTube, and it will help you earn money and increase your fan base at the same time by reaching more people. You can create your channel that is a space to store content online that will be available for people from all around the globe. Anyone can open your channel and access all the videos to increase your watch time, following, and earning from this platform.

Head over to our Tik Tok to learn more about it

Go to our Instagram right now to get more updates 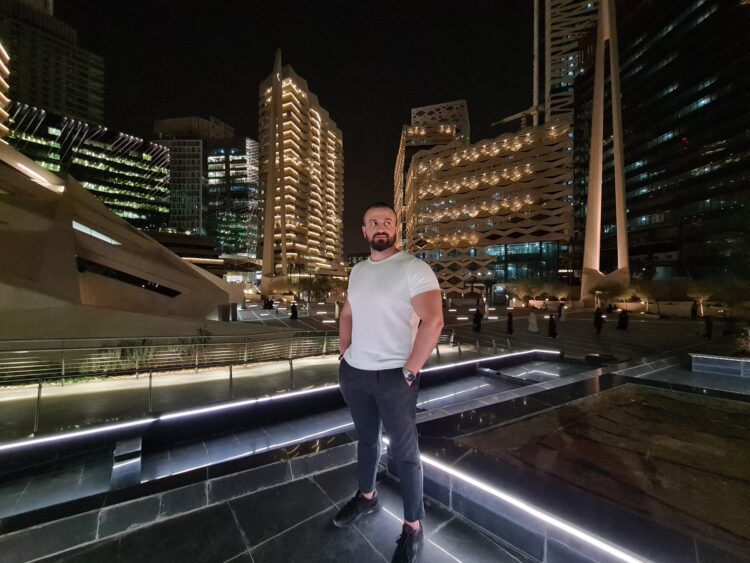 Being patriotic does not imply confronting problems violently; rather, it qualifies one to spread the message of peace and love for one’s homeland.

This is the latest “Lebanese and Proud” Instagram filter that has been getting a lot of attention on Instagram.

Sami Mukahhal was born in Lebanon on November 15, 1991, and his Instagram Filter reflects his great pride in his country and its heritage.

The underlying goal of this Instagram Filter was to boost a sense of patriotic fever in the public to restore Lebanon’s love. After all, if Instagram has floral filters, why shouldn’t this one? He wasn’t afraid of the reaction when he launched this filter. As a result, he is now a media sensation and an inspiration to many Lebanese around the world.

If you can’t find him reading a book or watching Netflix, look in the garden. He’ll be there, drinking his protein shake laughing, and smiling. People would leave comments like “Keep up the great work”, “Man, you make us laugh,” and more due to his hilarious unprompted humor.

It’s a hit! He enjoys doing this for the rest of his life if it meant making people laugh and smile. He lives by “We all smile in the same language.” He saw how many people could share their stories using his Instagram Filter, releasing Lebanese pride, and how the atmosphere had improved.

For him, the “Lebanese and Proud” Instagram Filter is more than just a filter; it is a tie that binds him to his roots and his beloved country, Lebanon. 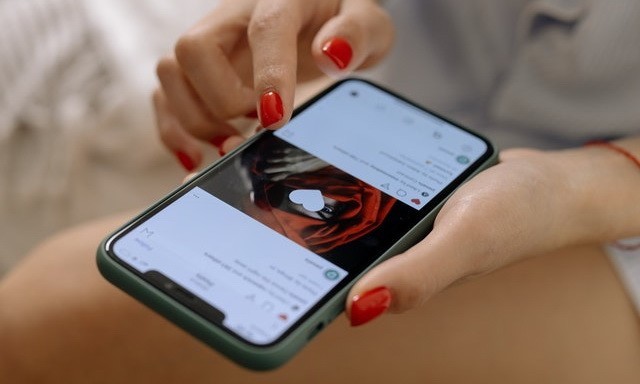 Open the Instagram app and go to the Profile tab.

Tap the three lines in the upper right corner of the screen and select Settings.

On the page that opens, select the Account option.