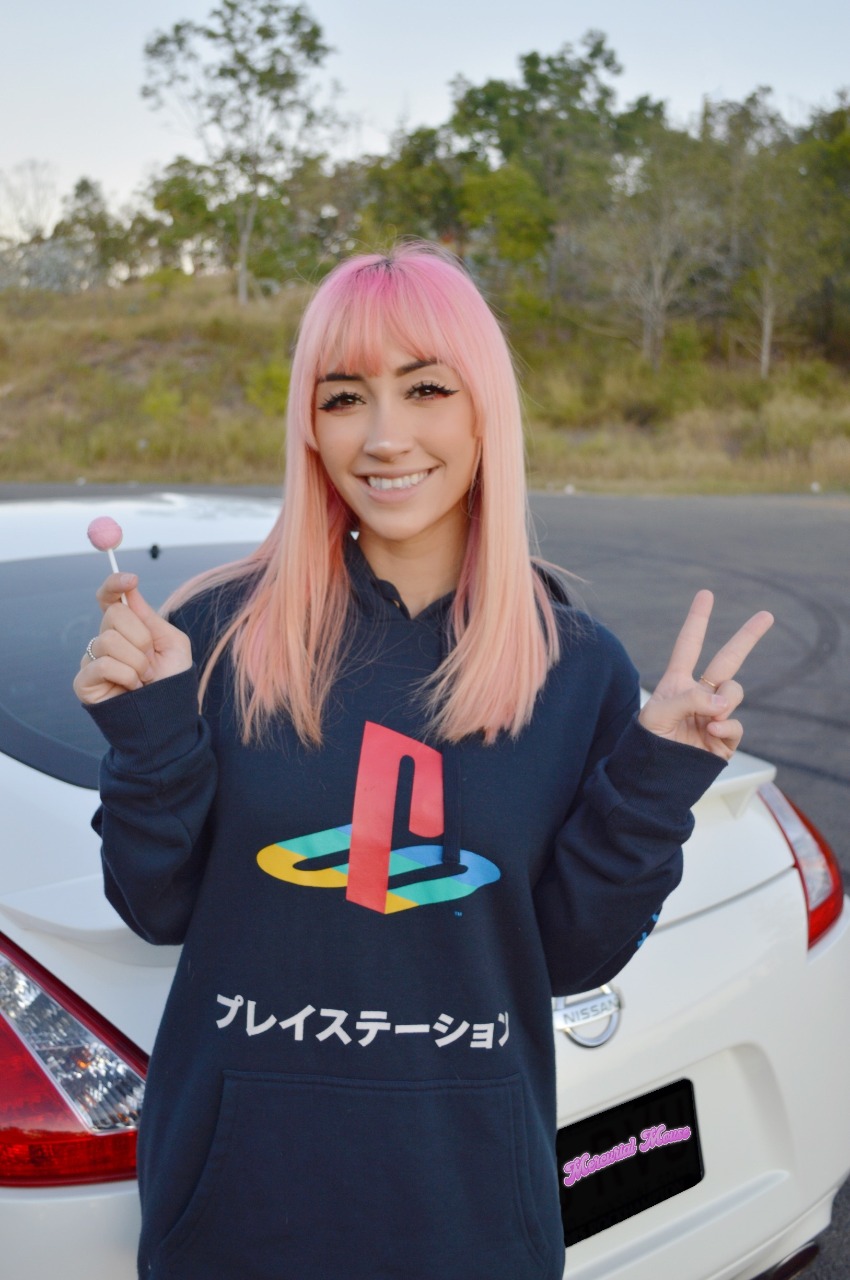 If you’re a big online gamer, then you have probably heard of Mercurial Mouse. This young and beautiful gamer has a massive following of close to a million followers on Instagram. She’s also got a Twitch channel where she livestreams her playing popular online games like Fortnite. However, she is also incredibly passionate about cosplay, and has been since childhood.

Recently, she shared about her immense love of cosplay. Mercurial Mouse has been cosplaying for more or less her entire life. What originally got her into it was simply dressing up as characters that she admired and looked up to. Even when she was a little girl, she would hound her dad for a pair of panther pants, which he ended up making for her. When she was even younger, she wore an outfit of the purple Teletubbie named Tinky Winky.

While she’s quite successful today, this wasn’t always the case. Growing up, she didn’t have much. That meant if she wanted a cute outfit or costume, she needed to make it. She felt so strongly about the desire to dress up that she ended up making everything she wanted. That’s how she got started making all of the extraordinary cosplay outfits she has today.

Mercurial Mouse loves the self-expression aspect of cosplay. For her, it’s a way to express yourself while simultaneously funneling your creative energy into something that you deeply enjoy. That’s why she loves working on her cosplay and wearing it, too.

One of her most impressive costumes to date is the one of Lady Loki, the female version of the tricker God of Mischief in the Marvel Universe. What was even more stunning was when she showed it off at Australia’s CapriCon while a real eagle sat perched on her arm! Everything from the extraordinary jewel in the belt to the armor was designed to look just like the character. This was her first major cosplay debut on the world stage, and it sure did manage to turn a lot of heads.

This is not someone who just expects everyone to love everything she creates. In fact, she is a firm believer in constructive criticism being the way to improve and perfect whatever it is that you are doing. She believes that you can learn as much as you want, but getting a second opinion, in a constructive way, is unparalleled for improving.

All in all, Mercurial Mouse loves making her own costumes and dressing up as beloved characters from games and comics. The love of crafting and designing something that is completely made by you is a highly rewarding feeling, especially when it makes you feel like you have temporarily embodied the essence of that character. Mercurial Mouse is sure to continue making stunning cosplay for a long time to come.

If you’re a gamer who loves cosplay, then you will definitely want to check out Mercurial Mouse’s Instagram Instagram page or watch her TikToks here.