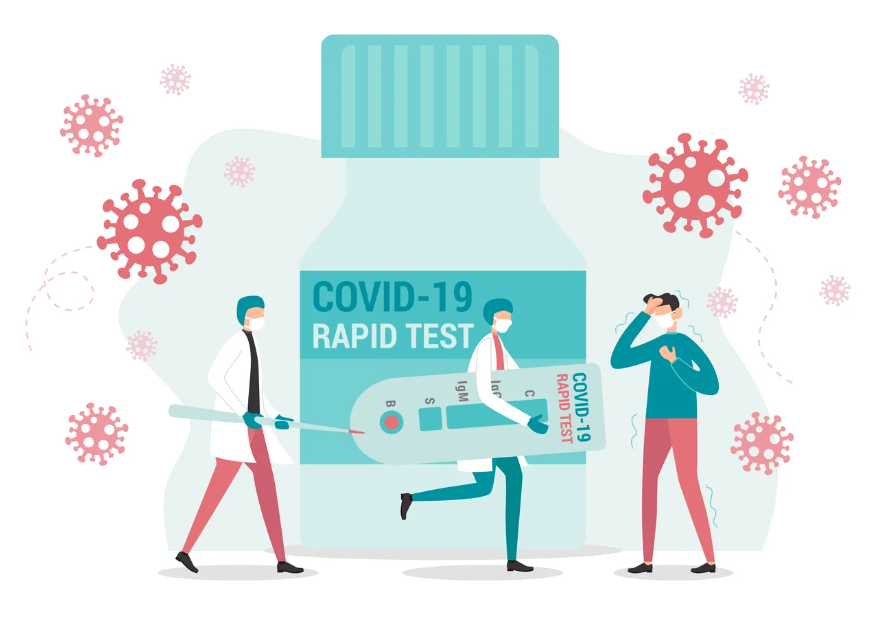 In the case of COVID-19 caused by the SARS-CoV-2 coronavirus infection, both types of techniques (screening and diagnostic) are necessary for a series of reasons that we will see below and because both, are complementary, and have pros and cons.

The best-known test and the one that has been talked about the most by the media is the PCR test, an acronym for the name of the technique is “Polymerase Chain Reaction”. This test tells us about the presence or not of the virus in the analyzed sample, which is normally nasopharyngeal exudate. Like all tests, it has its pros and cons. As a pro, it is very sensitive and detects with great reliability the presence of genetic material of the virus; as cons, in addition to being complex and requiring complex logistics (specialized personnel and equipment and specific laboratories), the result can take more than 24 hours, and it is significantly expensive. In addition, the PCR presents two characteristics that must be taken into account:

On the other hand, there are immunological studies, which allow us to know the situation of production and acquisition of immunity by the person who has been infected and/or has had the disease. There are two types, known Rapid PCR Tests and serological tests by an intravenous puncture.

The rapid tests tell us qualitatively what the person’s immunological status is and offer the possibility of increasing the ability to establish said status on a larger population quickly. It can be applied to large groups of subjects, from whom an “image” of their immunological situation is obtained almost immediately (10 to 15 min on average), which, on the other hand, is being recommended by different organizations. These are the pros, but the con is that they do not indicate the quantified “immunological load” of the person studied.

Like the previous ones, the serological tests by intravenous puncture inform us of the type of immune response, but it adds the fact that it allows us to know the magnitude of said response against the virus, allowing us to deduce the stage of the response and its intensity.

Studies of the dynamics of antibody generation against SARS-CoV-19 have shown that these begin to be produced from the 6th day of the onset of symptoms, while a decrease in viral load is observed. At 7 days, almost half of the cases have total antibodies and at 15 days almost 100%, both in mild and severe cases. Based on this, antibody techniques seek to detect the immune response of patients which increases as the infection progresses, which also occurs even when there have been no symptoms (asymptomatic carriers).

From all of the above, it follows that when asked what technique is to be used and is it better to apply? , the answer is that THERE IS NOT A SINGLE TEST, but rather it depends on the situation in which we find ourselves at a given moment or on what and how we want to study or analyze. Epidemiologically, the correlation of the three exposed techniques, applied on a large scale, would be very useful to determine the percentage of the population that is immunized and the situation of population immunization.

In conclusion, we could state that the idea is to sequentially combine rapid tests (because of their speed and affordability), quantitative serological tests (to determine the immune load), and PCR in certain situations and through a comprehensive epidemiological determination strategy. of the immunological footprint of COVID-19 and for the identification of potentially carrier cases.

Therefore, a logical proposal for using the different tests would be:

For those who start with symptoms, performing a PCR after the first 48 hours of starting them will tell us if the person is infected with SARS-CoV-2 or not.

Sugar Balance Reviews- A Simple Solution for a Diabetes-free Life